Why is Dyslexia So Misunderstood? Part One

“It [dyslexia] is the most misunderstood of all disorders because it is incorrectly perceived as a reading problem owing to mental reversal or transposition of letters.”
~Robert Melillo, fellow Doctor of Chiropractic and teacher of Childhood Development Disorders classes for the International Association of Functional Neurology and Rehabilitation.

Not only do I agree with Dr. Melillo’s assessment, but I also believe that dyslexia is also the most mismanaged disorder! The way we as a society typically approach it is bumbling and fumbling, and we truly do a disservice to adults and children with dyslexia.

Maryann Wolf, professor at Tufts University and Director of the Center for Reading and Language Research, says in her book, Proust and the Squid: the Story and Science of the Reading Brain, “Dyslexia cannot be anything so simple as a flaw in the brain’s ‘reading center,’ for no such thing exists. To find the cause of dyslexia, we must look to the older structures of the brain.”

Another brilliant assessment of a problem that is often overlooked or glossed over.

I am constantly amazed, and not in a good way, by how disjointed the study of dyslexia has been. I’m struck by how most of the research on dyslexia has nothing to do with the main problem. We go down so many rabbit trails, and are so off track, that it reminds me of watching a dog chase his own tail. He probably won’t catch it, and if he did, he’d have no idea what to do with it.

One reason dyslexia is so misunderstood and mishandled is because it has always been viewed in various ways by different groups. What we need is a path to understand dyslexia. Because I cannot possibly address all the schools of thought when it comes to dyslexia, I have broken them down into four main layers and used the analogy of a tree to explain them. This blog will discuss the first level, and following blogs will explore the other three levels.

Level One: The Leaves
When we try to arrive at the most basic definition of dyslexia, we see it as having trouble with words, and we usually think of the written words on a computer screen or a printed page. This definition is about your child’s ability (or inability) to make sense of those words.

Interestingly, people with dyslexia can also mix up the order of words and letters when speaking as well. Sometimes they mispronounce words or say them out of order, even if they know what they should be saying. Often they correct the mistake and then make another error in a different spot in their speech.

Dyslexics may also mix up their feet when walking, almost like a stutter in the feet. One test I perform on new clients may show me that they stuttered in the past. One day, an adult client (with no prior history of stuttering) asked me if it was possible to stutter with his feet. He was taking dance lessons, and he felt like his feet stuttered.

I paused to think about his question and said, “Certainly. The hips and jaws have similar form and function, so you could definitely stutter with your feet.”

This stuttering and uncertainty that we typically see with written and spoken words can also show up physically in walking, dancing, and other physical pursuits. But often this is where the study of dyslexia stops. It doesn’t go deeper. You see this one-dimensional, “leaves only” thought in the names used for dyslexia, such as phonological (speech sounds) dyslexia and dyseidetic (visual) dyslexia.

As you know if you have a child with dyslexia, much of the dyslexia research and discussions take into account only the leaves, more specifically the very tip of the leaves. It dissects one phoneme (the smallest unit of sound) and one grapheme (the written representation of that sound).

Of course, when children learn to read, the school teaches the basic building blocks of words, such as sounds, blends (sl, gr), and diphthongs (ou, ea). But if a child has trouble learning these, she will become frustrated as her teacher and classmates continue to practice them. And her parents are confused and frustrated with this simplistic definition of a much broader and more complicated problem.

So no, it’s not just about the words. Not by a long shot.

In the next blog, we will discuss the second level of our dyslexia map, the branches. Until then, if you have questions or would like to set up a consultation, please contact me. 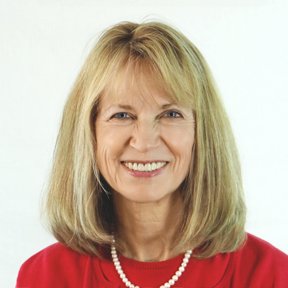