What Disease Do I Have Now? 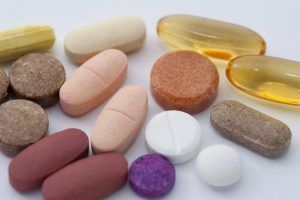 Are You Catching the latest Phony Disease? According to a set of essays published in the Public Library of Science Medicine, drug companies are systematically inventing non-existent diseases, or exaggerating minor ones, in order to sell more of their products.

This practice turns healthy people into patients and places many of them at risk of medically induced harm. When I became a doctor, I was asked to follow the Hippocratic Oath which says, “at least, do no harm.” Seeing ads from drug companies on television creating a market for this drug or that puts the doctor in a difficult position. If one doctor won’t give the patient what he/she wants, the patient is likely to doctor shop until he/she gets what he/she wants…that is, what the drug companies encouraged him/her to want.

Minor, normal problems, such as the symptoms of menopause, have been “medicalized” into treatable illnesses, and risk factors like high cholesterol are being treated as diseases in their own right. Attention deficit hyperactivity disorder (ADHD) and “restless leg syndrome” have been exaggerated and promoted by companies hoping to sell drugs as the solution. Even shyness can now be defined by drug companies as a social anxiety disorder and therefore treated with antidepressants.

One of my gripes about this is giving unnecessary medications to growing children. That is, children whose nervous systems haven’t totally developed and which may be adversely affected forever. Remember the thalidomide babies, the ones with stunted arms, because of drugs their moms took during pregnancy. When we manipulate brain chemistry in developing brains, we honestly don’t know the long term affects. We are in trekking through dangerous territory. Children are precious commodities and they deserve to mature in the way God and nature intended. We are not on the same plane as genetically modified food (GMO). With GMO, the DNA is actually mutated with pesticide, insecticide, fungicide genes plus more. Who knows what we are altering in the brain when certain parts of the brain don’t even “turn on” until the teens and other parts in the early twenties.

Of course, pills do not eliminate the problems, BUT they conveniently relieve the symptoms as long as you continue to take them. The pill solution will provide you with the relief from the condition you never even realized you had prior to the marketing and promoting of it There is a time and place for the correct medications, but exercise caution when exposed to marketing diseases that are more intended to increase profits for share holders than increase the health of the patient.