We’ve Been Misled: Ritalin is Not a Wonder Drug for ADHD Symptoms

As we all know, most doctors consider Ritalin (or other drugs containing methylphenidate) the treatment of choice for ADHD symptoms. I call these medications the “ADHD band-aid” because of how they work and how they affect those who take them.

Drugs such as Ritalin work by stimulating the central nervous system. Paradoxically, the child calms down almost immediately after taking it. Parents of ADHD children see it as a miracle, but after a time, effectiveness goes down while side effects go up. Increasing the dosage is not the answer, and long-term use of methylphenidate drugs is not recommended. Many times, the drug just stops being effective, period.

When we look at side effects of a drug, we need to consider the long-range issues that may arise. A serious problem with Ritalin and similar drugs is the user’s inability to control his behavior and thought processes. As we know, the brain develops throughout childhood and adolescence. When a medication inhibits or prevents function in a part of the brain, its development almost freezes at that point in time.

For example, if a child takes Ritalin from the ages of 10 through 15, parts of his brain are still 10 years old functionally, even though they should be 15 years old. The drug has been controlling his thoughts and behaviors at a time he should have been learning to do it himself. So he is five years behind his peers in knowing how to control himself. In effect, his brain is five years behind his age.

As with any drug, you must factor in the side effects when making the decision to administer it to your children. In addition to the issues above, Ritalin has been shown to slow the function of the prefrontal cortex, which is the part of the brain we use to make decisions. It is also known to inhibit the areas of the brain we use for play and bonding.

This is serious business. Bonding helps us care for one another and relate to each other. When you can’t do that, you’re almost zombie-like. Often, parents tell me that their children on Ritalin don’t reach out for hugs, don’t have spontaneous moments of love and laughter, and don’t respond when parents give them praise or affection. Teachers say that their students who take Ritalin are quiet, don’t like to participate in class, and don’t seem to bond with their fellow students.

These are some sobering facts about the medication that is widely considered the wonder drug for ADHD.

Many parents are uncomfortable with the idea of giving their children drugs for the long haul. They would prefer natural treatments for ADHD. I applaud their desire to avoid the side effects and turn to non-drug methods. The natural road takes effort and time, and is in no way a quick fix, as so many believe Ritalin to be. I would never say Ritalin has no place in ADHD treatment, but it is not my first choice of treatment.

However, the medical establishment is quick to prescribe and slow to use natural methods. Children who come to my office are typically on at least three prescriptions: an anti-depressant, a sleep aid, and a Ritalin-type medication. Parents of ADHD children are looking for other solutions, and that’s what Books Neural Therapy™ allows them to do, without invasive procedures or replacement medications. 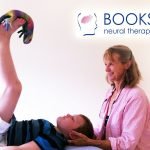 For more information about a natural treatment for ADHD symptoms, call us today to set up a consultation.