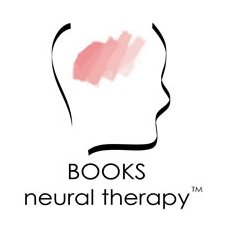 As a parent seeking to improve the life of my son, I journeyed through many stages of healing along his side.  I passed through an entire spectrum from denial all the way to liberation thanks to Books Neural Therapy.

Yes, Denial was first. By six, I knew he was smart as he could memorize oral lessons effortlessly and repeat long poetry outloud. He could draw superbly and tell creative stories with funny imagination– better than most his age, yet he could not understand his letters phonetically at all or in writing. Two years later not much progress as I hoped he would be like the other “Waldorf method” kids who learned to read at age eight. I saw he couldn’t read a number any easier than a letter of the alphabet.

Unceasing worry was next. I finally went for help as he also was getting migraines now, even with new glasses.  With much worry, my hope dissolved when he was diagnosed at the age of eight with multiple learning, sequencing, and processing “disabilities,” including auditory processing issues and sensory integration to name just a few. To see the flame of the love of learning start to be crushed in him was like swallowing a bowling ball. The weight was unbelievable as my love could not change this situation.

A strange pseudo-relief came with labels I never wanted applied to him. It was a bit of a relief to have an explanation for his struggles and to understand that his problems were not the result of his personality or lack of effort. Nevertheless, the labels did not offer any hope to replace the dread of a life-long battle with learning disabilities.

The Battlefield: Warriors for and against each other.  Over the next three years we fought together to do his homework, and we fought each other many times about how to get it done–to use homeschooling, to attend the Waldorf school, to attend public school, and to pay tutors.  Finally, with the help of an incredible special education teacher whose methods required tremendous repetition, my son went from doing first grade level work in third grade to correctly processing English sounds in fifth grade and graduating from special education. In the following summer, he became an avid reader at a twelfth-grade reading level. In middle school, he qualified for the Gifted and Talented Program.

Then came the college-prep high school. My son is an emotional 14-year old, and learning a new language and higher math sequencing at a challenging school brought all the original learning issues to the forefront again. He picked Chinese instead of Spanish even though he couldn’t hear and distinguish the different tones of Chinese. I begged him to drop the class, but he was determined saying, “China is connected to everyone’s future, and I want to be prepared.” Near failing and stressed out, he met with teachers and took private math tutoring, barely passing his classes in ninth grade.

The Tentative Leap of Faith: Risking believing there is a way to turn this around when I heard about Dr. Books’ method of Books Neural Therapy™ (BNT). If so many people could be helped, why couldn’t my son be one of the 4 out of 5 who benefited from BNT?  When we had our BNT screening in the summer and he put his fingers in his ears for the auditory test, I saw his legs go weak. He reported this caused the familiar pre-migraine feeling, so I could see the BNT process was pinpointing his root issues. Hope stirred in me again as this approach actually offered a solution.

Baby optimism stage. Not getting ahead of myself–One day at a time. He described how it felt to start the treatment saying , “She is like a Star Wars master and uses ‘The Force’.  I can feel changes happen when she barely touches me.”  I harnessed my excitement to not be disappointed, but I was optimistic.

Stillness for him.  Wonder for me.  After his first few treatments, he was very sleepy right away. He is even more sleepy next day.  I knew deep healing could take place in this “deep sleep”, trance-like state that I tried to protect by driving him home and waiting in car with A/C going until he wakes naturally.  He was like pudding, thick and slow, unfocused and transforming. It was going by so fast, can it really work and hold? Dr. Books explained to help my understanding of the biofeedback wonders of putting wavelengths into him through a machine.  By sending signals to his brain as his nervous system is getting physically stimulated, she could remind his brain of the frequency of different positive emotional states and reset his “vibe”.  This got my eyes looking at perceiving him as changing.  My attitude now is look for evidence of positive change instead of evidence of this not working.

Seeing with New Eyes: Noticing “whole being “changes unrelated to learning. Can his emotional body grow through this, too?  Yes, The chip on his shoulder (from his dad suddenly dying when he was eight) seemed to fall off in one week of the Intensive treatment.  His need to be bullying his sister and the neighbor boy ceased.  Others told me they noticed the change in him.

Celebration of a new normal. He can hear Chinese better now and passed all three years of it. He holds his own at a competitive college in New England. He learns with more ease and less stress. He accepts himself more. I wonder if the transformation will last, but I see him continuing to mature and let go of his anger. He doesn’t adopt diet or lifestyle changes, so his ADHD tendencies still come and go. Now it is time to go in for tune-ups with Dr. Books, because he is back to sugar and soccer headers and therefore some sequencing errors. He can barely remember how much BNT helped three years ago because he is fundamentally better.  I remember the old struggling boy and smile that he can barely remember how he needed so much help. That is a good thing to forget!