Dyslexia Around the World 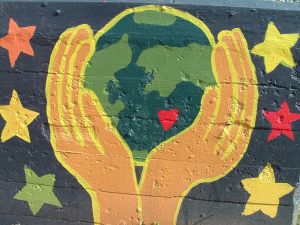 Dyslexia shows up differently in different languages and cultures. Dyslexia is sometimes difficult to detect and pin down from one country to the next. In the USA, there are many sub-types of dyslexia, based somewhat on where weaknesses show up in reading and writing. In other countries, dyslexia may present differently based on what parts of the brain are engaged in the deciphering of letter s and words or based on the structure and syntax in the language processing.

In Chinese and Japanese, the shapes of symbols that become words may be representations from nature. Hence the part of the brain that recognizes shapes as a matter of survival is called upon. In English and many romance and Germanic languages, the shapes of the letters are abstract and therefore call upon areas of the brain that decode and assign meaning to “nonsense”, but predictable, shapes.

In German, the problem with dyslexia is often detected in fluency. (I know from having books translated from English to German that more pages are required to tell the same information in German.) The speed of decoding and keeping that information in working memory requires more work in certain brain areas.

Spanish and German are very predictable languages from a phonetic viewpoint. You can count on certain letter combinations producing certain sounds and being spelled certain ways. English and French, on the other hand, are less regular in their rules, and then phonemic awareness and decoding accuracy problems are more likely to show up. “In Spanish, German, Finnish, Dutch, Greece and Italian, the child with dyslexia exhibits fewer problems decoding words and more problems reading connected text fluently with good comprehension.” (source: Proust and the Squid, p. 189)

Hebrew readers (who read from right to left instead of the English left to right pattern) are similar in many measurements of dyslexia compared with Americans, except in one area. Hebrew readers have less problem with comprehension because of the shorter time needed in decoding their particular language.

Depending on what is emphasized in any given language the face of dyslexia may show up differently. Fluency becomes the issue in German, visual spatial memory in Chinese; phonological skills in English. Children who speak English but in a dialect slightly different from standard English often show up with more dyslexia symptoms because the sounds are similar (still the same language ) but not quite the same. Learning a totally different language would present fewer problems to them than learning to discriminate the subtle changes within the same language.
In some languages, the reading proceeds from top to bottom, in some reading proceeds from left to right while in others it proceeds from left to right. So top to bottom, right to left or vice versa are not the sole determinants of dyslexia.

Dyslexia is a worldwide problem. It does not need to be a permanent problem. Even though it shows up within various family members through generations, it is totally possible to change the outcome of dyslexia.

Regardless of where or how the problem shows up, help is available – on every continent – for every version of dyslexia. Dyslexia may be a worldwide issue. But it does not need to cripple the heart and soul of individuals. It does not need to wither the earning potential and self-worth of people and governments and nations. Dyslexia is everywhere…for now. Let’s help dyslexia become a thing of the past.

Do you know anyone with dyslexia? Since 1 out of 5  worldwide is dyslexic, if you know 5 people, you probably know at least one dyslexic person.  Please let them know dyslexia doesn’t have to be forever. It is changeable. Neuroscience is showing us the brain can change until the day we die. If you would like help with your dyslexia or you know someone who could, please contact us at 512 331-0668 and/or look over our website: https://DrPhyllisBooks.com.