Reversing Dyslexia – 7 Things You Should Know

Dyslexia is one of the most recognized learning disabilities, but it’s not truly understood. All too often, a child or adult is diagnosed and then immediately put on Ritalin or a similar pharmaceutical. Rarely is the topic of reversing dyslexia brought up, much less discussed.

If you’ve been reading this blog for very long, you know that dyslexia can be reversed. However, it takes a willingness to think outside the box of medications and special classes. It requires an open mind, and you must be willing to put in the time and effort that reversing dyslexia requires.

I thought it would be fun to list some facts about dyslexia, brain development, and “the system”. Here we go…

A non-invasive, non-drug therapy is a safe, gentle way to reverse dyslexia in children. 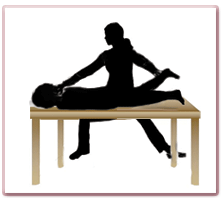