20 Expert Quotes about Living with and Reversing Dyslexia, Part 1

I love reading what other experts have to say about dyslexia, and I thought you might find their views interesting and inspiring. While not all these experts believe in reversing dyslexia, they share some fascinating insights into it that are sure to help your child with dyslexia.

Some of the quotes are positive and uplifting, while others showcase the sadness and despair that many children with dyslexia experience. But all are very, very real. Here are the first ten quotes, with the second ten to follow next week.

“It [dyslexia] is the most misunderstood of all disorders because it is incorrectly perceived as a reading problem owing to mental reversal or transposition of letters.”
~Robert Melillo, fellow Doctor of Chiropractic and teacher of Childhood Development Disorders classes for the International Association of Functional Neurology and Rehabilitation

“I was ‘socially promoted’ and graduated 194th out of a class of 194. In school, I earned the reputation of a bad kid. But that was a lot better in my eyes than being the dumb kid.”
~Nelson Lauver, radio show host and author of the book, Most Unlikely to Succeed: The Trials, Travels and Ultimate Triumphs of a ‘Throwaway Kid

“Dyslexia cannot be anything so simple as a flaw in the brain’s ‘reading center,’ for no such thing exists. To find the cause of dyslexia, we must look to the older structures of the brain.”
~Maryann Wolf, professor at Tufts University and Director of the Center for Reading and Language Research, from her book Proust and the Squid: the Story and Science of the Reading Brain

“Dyslexia is a condition is far larger and more complicated than many people understand.”
~James Redford, director of the film, “The D Word: Understanding Dyslexia”.

“We are given as our birthright a Stradivarius. Come society’s teaching time, we are played like a plastic fiddle.”
~Jean Houston, “education”, Millennium, 1981

“Science progresses not by convincing the adherent of old theories that they are wrong, but by allowing enough time to pass so that a new generation can arise unencumbered by the old errors.”
~Nobel Physicist Max Planck

“Your life changes when you have a working knowledge of your brain. It takes guilt out of the equation when you recognize that there’s a biological basis for certain issues. On the other hand, you won’t be left feeling helpless when you see how you can influence that biology.”
~John Ratey, Spark: The Revolutionary New Science of Exercise and the Brain

“When kids are hesitant, dysfluent, inaccurate, slow, or labored in reading, that is very visible to their peers. Other kids look at reading as a proxy for intelligence. It doesn’t matter if the kid is already a genius and doing algebra in second grade. Lousy reading produces a perception of stupidity and dumbness to peers and clearly to the youngster who is struggling.”
~Dr. G. Reid Lyon, former Branch Chief at the Institute of Child Health and Human Development 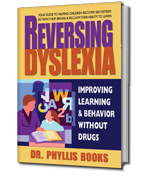